For those of you that regularly read my column, you will have heard me talk about my lovely mum Margaret, from our day trips to Garden Shows to gardening in her pyjamas, she was at her happiest when surrounded by flowers.

Sadly, in late October mum passed away after a short illness so I wanted to take this opportunity to pay tribute to her. Mum inspired my own love of gardening and all things ‘plant,’ and I shall miss her very much. 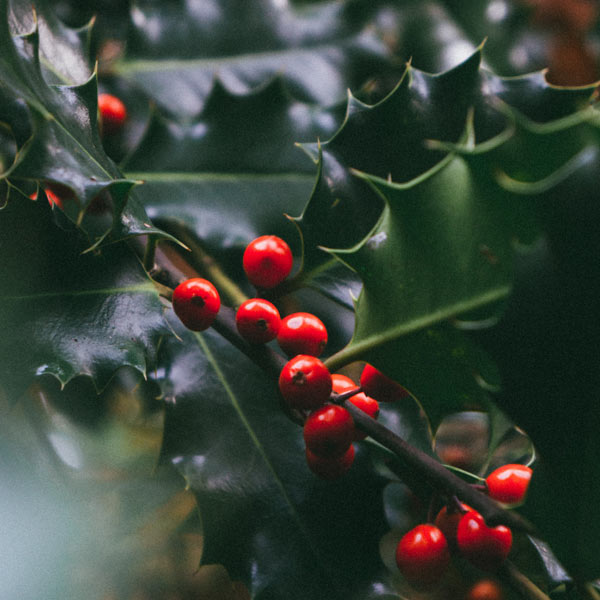 The Holly tree is one of the most loved and respected of our native trees, surrounded by superstition, magic, myth, highly sacred, and a symbol of peace and goodwill.

The Druids believed that fairies lived in the branches of holly trees so during the harsh winter months they brought holly leaves into their homes to offer the fairies protection believing they were magical and would protect them from evil and bad luck.

Celtic chieftains wore a crown of holly at ceremonies for good luck, they believed the Holly King, depicted as a powerful giant of a man covered in holly leaves and wielding a holly bush as a club, ruled over the year from Summer to the Winter Solstice before being over-powered by the Oak King for the second half of the year.

In Christianity, holly symbolizes Christ’s Crown of Thorns: the crimson berries represented the blood he shed for humankind and being evergreen, holly was a metaphor for life after death.

In folklore people considered it taboo to cut down a holly tree if it formed part of a hedge. They thought that by leaving the tree in place it would obstruct the path of witches as they ran along the top of hedges.

Today there are over two hundred varieties of cultivated holly or Ilex aquifolium which means ‘with pointed leaves,’ they make the ideal specimen tree or hedge and provide food for wildlife during the winter months producing all those gorgeous plump berries so loved by the Thrush and Blackbird.

Ilex altaclerensis ‘Golden King’ despite its name is in fact a female tree, producing berries when a male tree is planted in the vicinity. This traditional variety has large, smooth leathery leaves with golden variegation. This tree can reach to 8m tall but can be kept to a more manageable size by trimming in spring.

‘Bacciflava’ is particularly good for forming a hedge. The leaves are smaller so more tolerant of regular clipping making a good dense, gap free hedge. This variety has yellow berries in winter which means they will be eaten last by birds, as they prefer red berries, allowing it to remain colourful well into January. 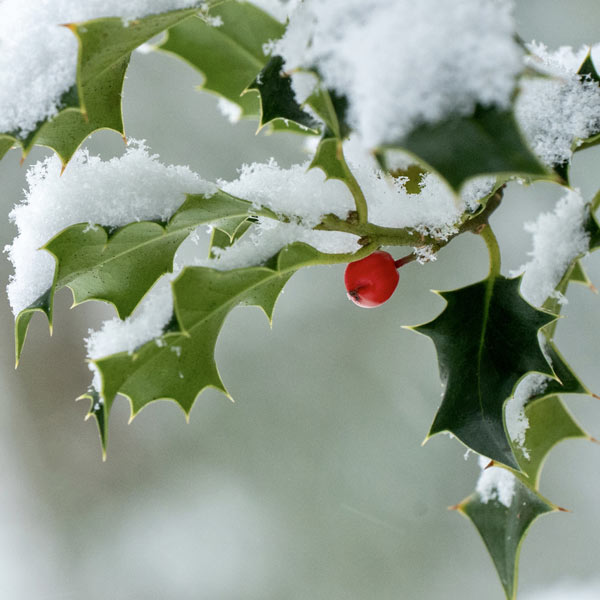 Chestnut leaf holly is an unusual evergreen shrub will add interest to the winter garden. Discovered in Florence, Italy this variety has dark green leaves with crimped edges so is a good all year-round plant, particularly distinctive in winter.

Finally, Christmas time would not be complete without those shiny dark green leaves and bright red berries that we use traditionally to decorate our homes, or creatively make into a welcoming door wreath or garland to celebrate the season.

Until next time Seasons Greetings